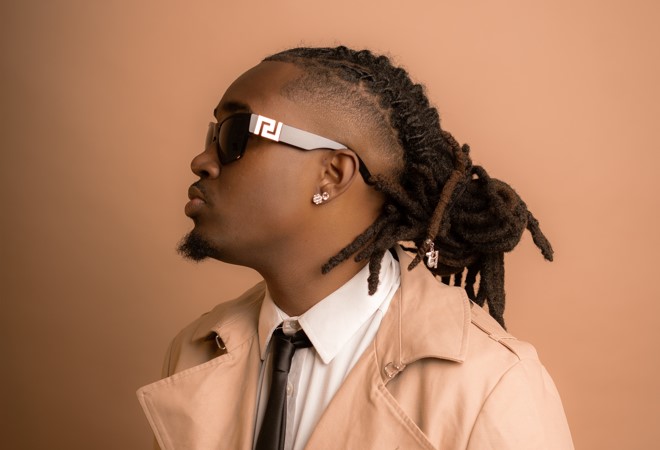 In an age when all the information you could want is at your fingertips—when the whole history of recorded music is only a thumb tap away—it makes sense that many young artists seem to be pulling from disconnected sources and influences, with little thought given to the bigger picture that is their body of work. Cochise is the welcome remedy to this phenomenon. The 24-year-old rapper and producer from Palm Bay, Florida, has an omnivorous appetite for different sounds and styles, and vibrates on the right digital frequencies to connect with fans across the globe with ease. But he is also blessed with the instinct and ability to place his work firmly in a cultural lineage, and to stay grounded in the very human emotions that are lost by those who never outgrow their formative attempts at imitation. Cochise cuts through the distractions of modern life and the chaos of the internet to make music that is playful, organic—and alive.

For example: About halfway through his latest single, “TURN IT UP,” Cochise increases the pace dramatically, slipping into a more urgent flow as the track teeters on the brink of becoming a runaway train. Of course, it never does—the artist is in total control. But as his main, melodic vocal line plays mischievously off his barbed, staccato ad libs, and as the warm synths wash over both, it becomes clear that Cochise can manipulate not only the mood a song communicates, but the very texture with which it’s built. It’s a thrilling introduction to Cochise’s sophomore album, THE INSPECTION, which also includes the lush and mercurial “DO IT AGAIN.”

This sort of adaptability was already evident across his early releases, beginning with 2018’s Pulp, an EP whose title is a nod to Cochise’s love of orange juice and whose songs include the furiously serrated “Warrior” and the gentler, more contemplative “Ohayou,” both of which he was able to corral into a coherent whole. This is the promise of Cochise’s catalog: that wildly disparate sounds will be used as genuine expressions of one fascinating artist’s inner self. “I let everybody know I’m going to be myself at all times,” Cochise says of his preference to dig within himself rather than to chase trends, “and make sure I love music, rather than to just do it as a job. I hate a job. So trying to find the next hit defeats the purpose. If you make hits, you make hits.”

Cochise was born to a mom from Jamaica and a father from Barbados. When he was young, he says, their Palm Bay home was filled with reggae, gospel, and old-school rap. Despite that rich environment, he didn’t feel deeply connected to music until it was Trojan-horsed into his life via video game. “What reached out and grabbed me was when I started playing Guitar Hero 3,” he says, recalling the days before he’d use a PlayStation microphone to record his earliest rhymes. This spurred a middle-school stint on the production software FL Studio, where he made beats that bounced between the yacht-rap maximalism preferred by Florida’s own Rick Ross and the playfully stripped-down jerkin’ music rattling out of Los Angeles.

While he remembers this phase fondly, it at first seemed like a passing one. Producing and writing his own songs became inconvenient, Cochise says, until the moment in high school when the desire to pursue music in a more concentrated way “finally attacked” his brain. Once it did, things moved quickly, from Pulp and its sibling EP, Hijack, to a series of singles that confirmed him as a stylistic savant, and eventually to his 2021 debut album, Benbow Crescent, which flits from punishing low ends to dazzling falsettos without skipping a single one of Cochise’s rhythmically sophisticated beats.

Though there are surely advantages to working in expensive, cutting-edge studios, Cochise prefers to record at home, where he can move at his own pace. “I never force myself to make music, because it’s art,” he says. “If you’re painting an image and you feel like you need to take a break, you take a break.”

The strategy seems to be working. Where he’s methodical on a song-by-song basis, Cochise has seen the broader arc of his career bend sharply toward stardom, all in a brief period of time. He seems destined to be that rarest of things: a true innovator who can reach a mass audience. For as patient as he seems—for as long as he lives with his demos until the perfect tweaks come to him, for as much as he talks about recording in the mornings, when he’s most inspired—Cochise concedes that he keeps one eye trained on the horizon. “Sometimes I worry about the next one,” he admits, “rather than living in the moment, which is a bad thingto do. But you can’t get too comfortable. When you let off the gas is when you get passed.”