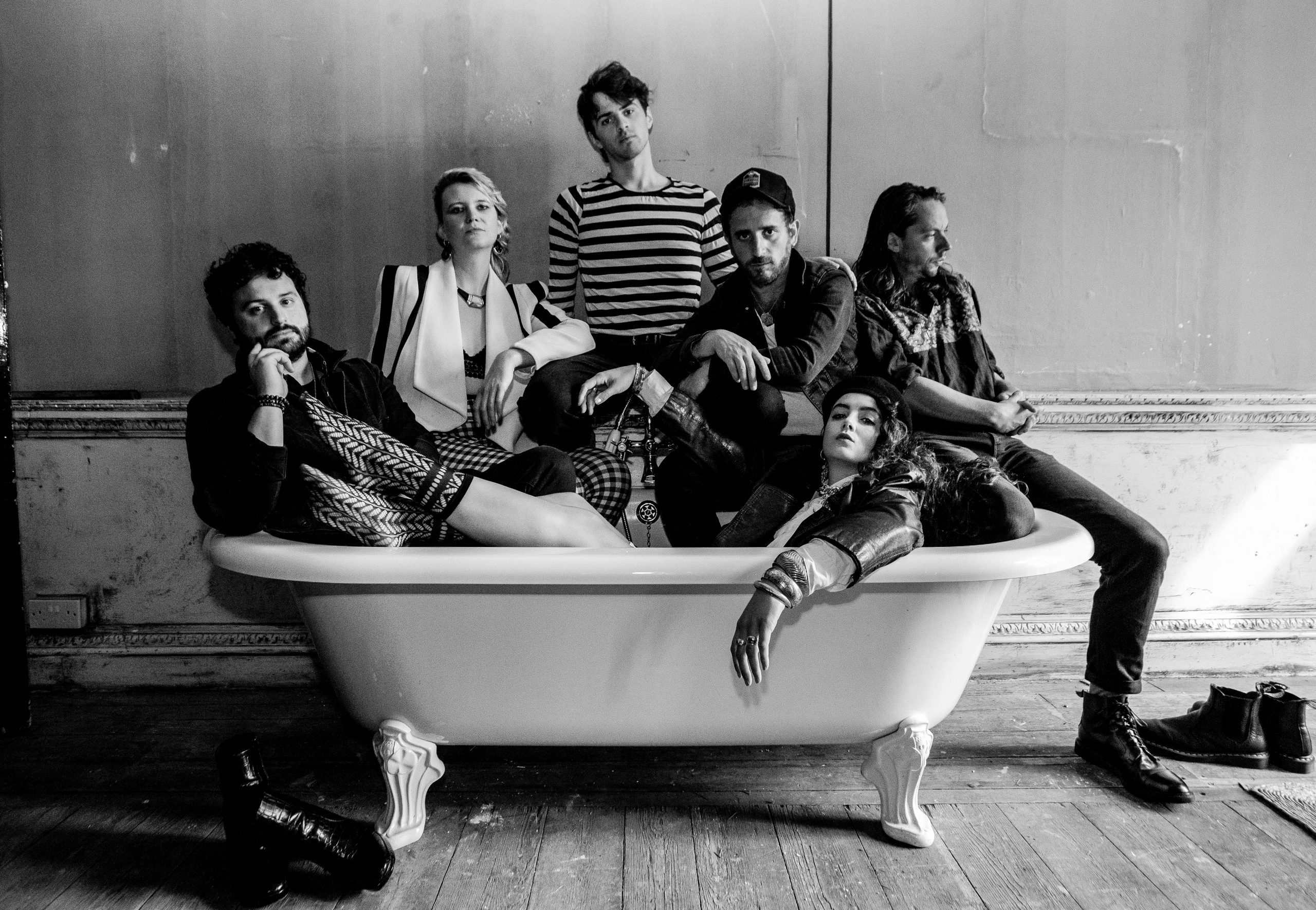 For a band that have from the outset been pegged as ‘folk-rock’, Newcastle’s Holy Moly & The Crackers sure have come a long way in their sound and their approach. They’ve been a fierce live proposition for a decade now and released three studio albums that have seen their songs evolve from festival-friendly folky-stomps to something more widescreen and epic, without losing the raw, punky edge that has won them such a loyal and vocal fanbase.

Holy Moly & The Crackers have worked hard, touring relentlessly and playing countless festivals, and they’ve earned their popularity and acclaim the old-fashioned way: winning audiences over one gig at a time, releasing albums that see their sound develop as they absorb new influences. Their albums were written on the road and that comes across in the urgency and energy of the songs. But then lockdown hit, scuppering what was shaping up to be their biggest year yet.

But rather than licking their wounds and feeling sorry for themselves, the band decided to use the time to write a very different record, something that really reflected where they are now. The result is Solid Gold, an album that digs deep into the Americana that’s played an ever-greater part in their sound, and is full of the ‘big skies and long roads’ (partly as a result of a trip to Austin Texas in the Spring of 2022). They recorded Solid Gold in regular haunt Blank Studios in Newcastle but took things to a whole new level by adding Dutch producer Wessel Oltheten to the mix.

Leaning into their Bob Dylan and Carole King influences, as well as the sleek beats and production of Danger Mouse, and the pounding riff-o-rama of Jack White at his most crazed, Solid Gold could only be made in 2022 but feels like it could have been exhumed any time from 1970. The end result is a rich but streamlined sound, with voices and rhythms to the fore, energetic and punchy (a storming mix from multiple-Grammy winner Vance Powell plays a big part in that). The group’s more intimate, folky sound on songs such as ‘Come On Down’ provides a great contrast to the huge riffs (as on the pounding, almost Weezer-y ‘Angeline’). The band see the album as the clearest expression yet of where they are as a band and as people.

The lyrics have developed too. As band co-leader Conrad Bird explains, “It’s about gold, money, junk, big roads, big skies, rivers, love and death. And a ‘shit, I’ve just turned 30 in the middle of a pandemic’ kind of existentialism.”

Solid Gold is an album that’s going to delight old fans and win over new ones, but more importantly it’s an album that lays bare a band at the peak of their powers, absolutely expressing their best and most honest selves.

“Unique flavours of soul, rock, indie and gypsy folk” – Blues Matters UK
“Turn it on and turn it up. This one’s a rager”- No Depression USA
“Sheer inexhaustible energy” – Minuten Musik DE

Holy Moly & The Crackers are:

Holy Moly & The Crackers hit the road for their biggest tour yet in April 2023, with dates in Germany, The Netherlands and the UK, including their biggest hometown show yet at Newcastle Boiler Shop, and are planning a typically frantic festival season after that.