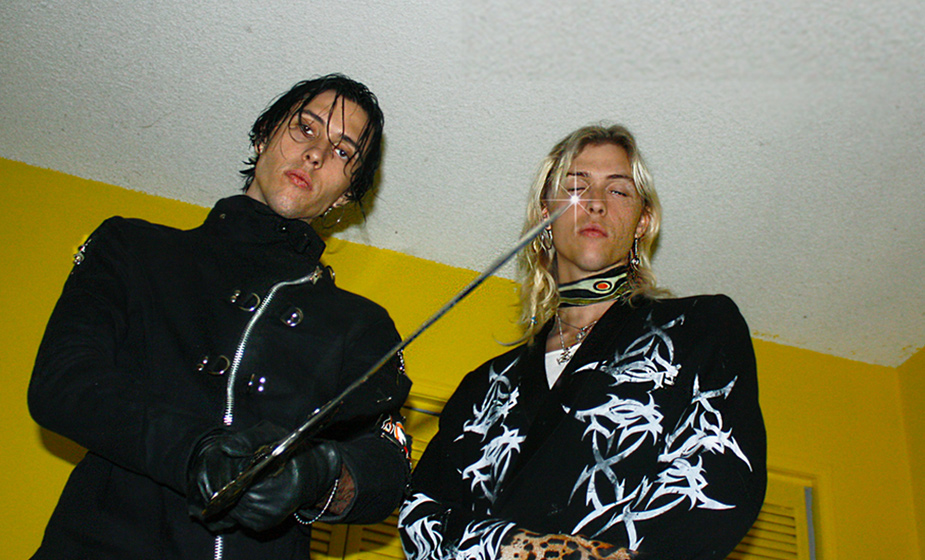 „The Garden have been carving their own path since their formation in 2011. With 3 LP’s and 4 EP releases They have become known musically for their fast, punk influenced jungle and DnB styles, and have consistently touring since 2013.While live, they are known for a mix of aggressive, unpredictable and trickster-ish tendencies -this new album, Kiss My Super Bowl Ringrivals the previous albums lyrically and sonically with an unmatchedbelligerence. The album is primarily self-produced, but includes tracksco-produced by the likes of Dylan Brady and Wharfwit, along with tracks featuring Ariel Pink and Khalif Jones (aka Le1f) and even a snippet from Carrot Top.The album shows it’s first bit of skin with the opening track, „Clench To Stay Awake“ -a track based off the experiences of both brothers mysterious health issues over the years. Kiss My Super Bowl Ring boasts a roster of songs that just might be the most creatively rattling yet from the duo. “